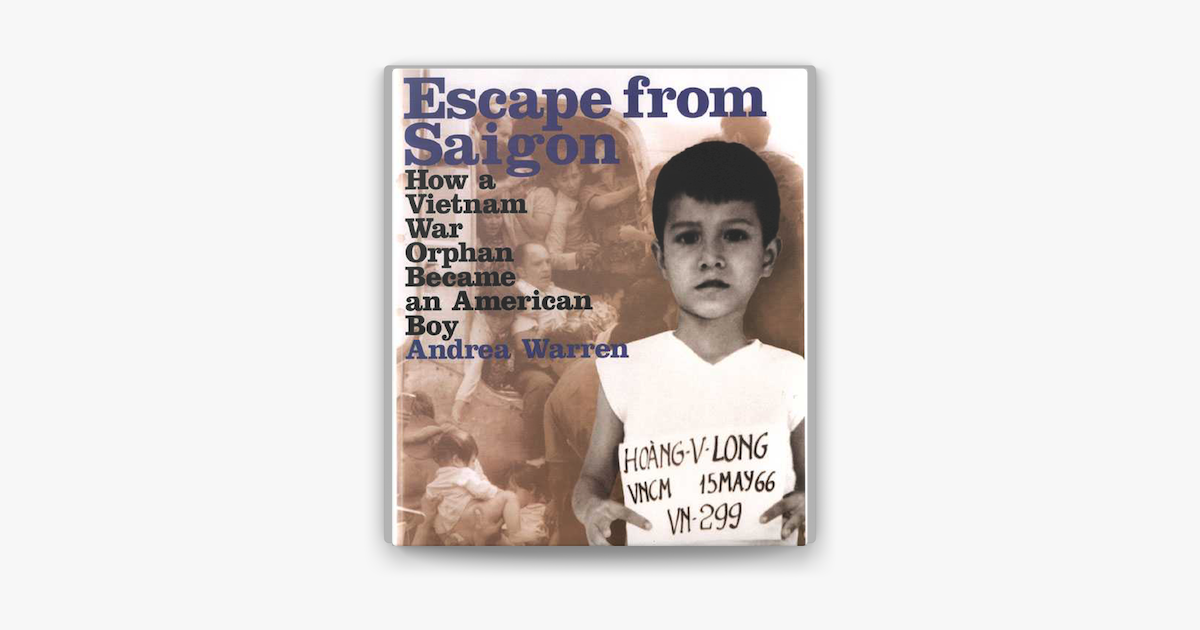 Over a million South Vietnamese children were orphaned by the Vietnam War. This affecting true account tells the story of Long, who, like more than 40,000 other orphans, is Amerasian -- a mixed-race child -- with little future in Vietnam. Escape from Saigon allows readers to experience Long's struggle to survive in war-torn Vietnam, his dramatic escape to America as part of "Operation Babylift" during the last chaotic days before the fall of Saigon, and his life in the United States as "Matt," part of a loving Ohio family. Finally, as a young doctor, he journeys back to Vietnam, ready to reconcile his Vietnamese past with his American present.
As the thirtieth anniversary of the end of the Vietnam War approaches, this compelling account provides a fascinating introduction to the war and the plight of children caught in the middle of it.