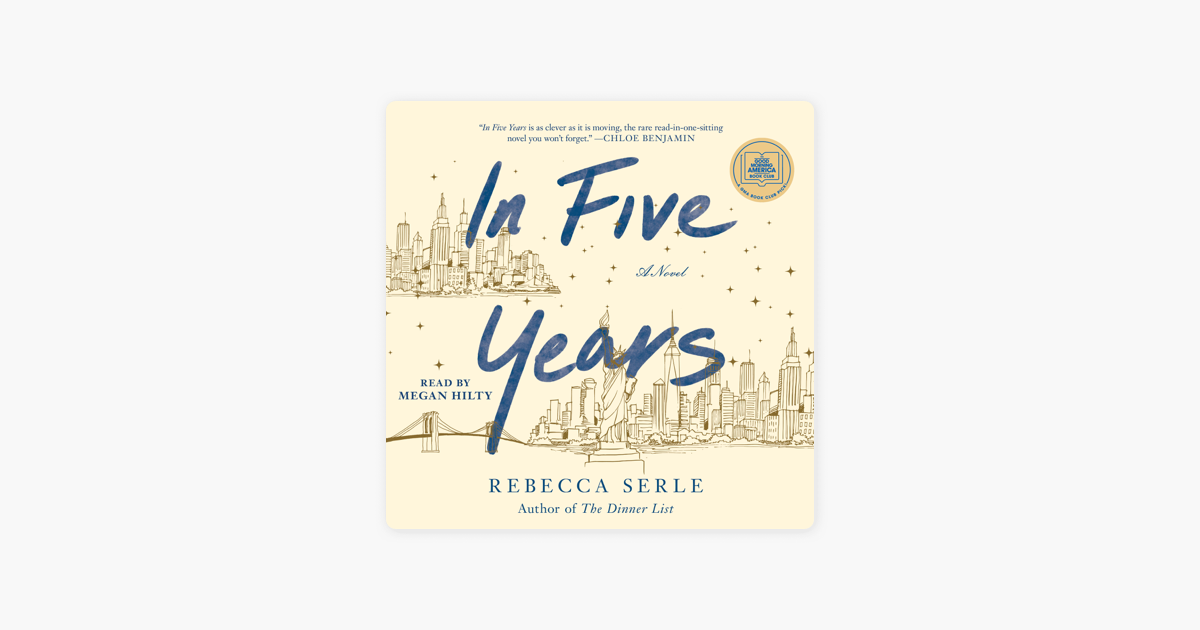 “In Five Yearsis as clever as it is moving, the rare read-in-one-sitting novel you won’t forget.” —Chloe Benjamin, New York Timesbestselling author of The Immortalists

Perfect for fans of Me Before You and One Day—a striking, powerful, and moving love story following an ambitious lawyer who experiences an astonishing vision that could change her life forever.

Where do you see yourself in five years?

Dannie Kohan lives her life by the numbers.

She is nothing like her lifelong best friend—the wild, whimsical, believes-in-fate Bella. Her meticulous planning seems to have paid off after she nails the most important job interview of her career and accepts her boyfriend’s marriage proposal in one fell swoop, falling asleep completely content.

But when she awakens, she’s suddenly in a different apartment, with a different ring on her finger, and beside a very different man. Dannie spends one hour exactly five years in the future before she wakes again in her own home on the brink of midnight—but it is one hour she cannot shake. In Five Yearsis an unforgettable love story, but it is not the one you’re expecting.